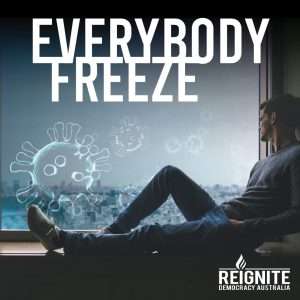 The response to the Covid-19 health crisis has been based on health advice and much of this health advice has been garnered from models presented by scientific institutes, the most prominent one being the Imperial College in London, by Neil Ferguson and his team. In order to arrive at such modelling, assumptions are needed to be made for the computer model to come up with some plausible results. The politicians in turn claimed that they had the gold standard of science backing their policies. In effect, many of the covid 19 policies could be seen to be based on assumptions and rather than being the gold standard, it’s more like fools’ gold. “That the Institute for Health Metrics and Evaluation (IHME) model keeps changing is evidence of its lack of reliability as a predictive tool,” said epidemiologist Ruth Etzioni of the Fred Hutchinson Cancer Centre, who has served on a search committee for IHME. Dr Etzioni emphatically states, “That it is being used for policy decisions and its results interpreted wrongly is a travesty unfolding before our eyes.” Initially, the models overstated the virulence and dangers of the virus.  The potential for the virus was to wreak havoc and required drastic measures in the form of lockdowns, a concept generated not by epidemiologists but by computer models. Along with social distancing, masks and good old-fashioned handwashing, the best that “the science” had to offer was redirecting our lives as we set upon the road to the unrealistic target of the eradication of the virus.

When faced with an issue that affects the health and well-being of millions of people, it would be wise to consult a wide range of experts from a variety of fields in order to come up with a balanced and measured plan to tackle the problems the virus may cause and at the same time cause the least amount of disruption to peoples’ lives and the country’s economy. Instead, we have politicians consulting with non-elected officials of the Australian Health Protection Principal Committee (AHPPC), such as Brett Sutton and Kerry Chant. Though many of these consultants are not specialists in epidemiology, politicians are following their recommendations for lockdown protocols and setting their edicts as the law of the land, without much debate in parliament or any meaningful exchange of ideas in any legislative forum. In fact, the longer the epidemic lasted, the more it became evident that the only science that mattered was the science coming from the Chief Health Officers, which shaped policy.  As time wore on, scientific views differing from the official narrative were labelled as misinformation.  Rather than have an array of experts form a plan to contain the virus, we have politicians and an array of health bureaucrats dictating our lives in the fashion of the Politburo.

Whilst the making of important decisions is left to very few, another issue is the transparency of the decisions being made about our health and wellbeing. In the state of Victoria, the Government claims executive privilege when it comes to extending the state of emergency. It is deemed “not in the public interest” for the Victorian public to be made aware of the reasons for the lockdown, but I would suspect that the public is very interested in the reasons why they are locked up and put under curfew. Because of the lack of transparency in the decision making, there is an authoritarian air to the harsh policies of lockdowns and curfews, which do not seem to be proportional to the severity of the virus.

Emergencies come and go but there are hardly any certainties in this life. However, one thing that is certain is that governments all over the world have been pleasantly surprised by the compliance of much of the public to draconian and nonsensical laws brought about in the name of health and safety under the guise of an emergency. Now when a government needs to introduce an unpleasant policy, they can use a state of emergency as a means of pushing these certain policies through. In fact, as this article shows, plans are afoot to introduce “climate change lockdowns”.

To leave lockdown dictates in the hands of health experts is like trying to fix an intricate mechanical problem with only a hammer. The job requires various tools and varied skills. A variety of experts from economists to lawyers should have been consulted in order to reach a balanced plan that would not have disrupted the running of the country in the way that numerous and intermittent lockdowns have had a detrimental effect not only on the economy but also on the wealth, health and mental wellbeing of the general population. The modelling is skewed, and the decisions based upon the modelling are flawed. There are too few and unqualified experts seeing things from one perspective only to be able to reach a balanced and equitable outcome for the community at large.  Having lived under the longest lockdown in the world under the Dan Andrews Government in Victoria, it is time to end lockdowns that do not work but do harm many. It is also time to ensure that the government does not have the power to lock people in their homes endlessly.