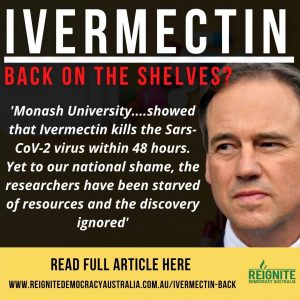 Ivermectin is back on the shelves

You can’t deny its effectiveness. The research has been done, the proof is there. Finally, the media are seeing that these facts have been hidden from the public…

This is a big turning point with the vaccine rollout. If preventative alternatives are available…there is no longer a need for vaccines that are untested and unapproved.

Ivermectin is back on the shelves