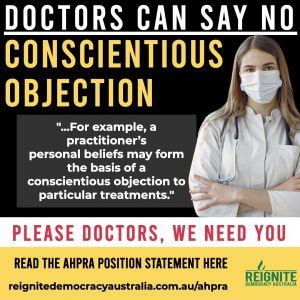 We need hundreds of Doctors to say no together and save our lives!!! It sounds dramatic but it’s not. It’s their job to preserve life…now is the time to stand up!