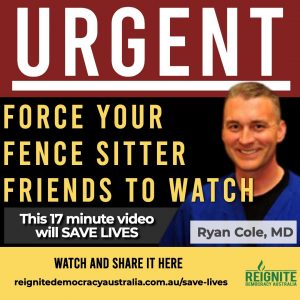 Click on the below picture to watch this 17-minute mind-blowing video.

Thank you to Ryan Cole MD for this valuable info.